Team Geronimo 2014 Catch Up - Keystone to Whistler and beyond!

Its been a few since I last communicated. Here is a quick rundown of what went down for TG!


KEYSTONE
After a tough weekend in Durango we all regrouped and set our sights on Keystone. 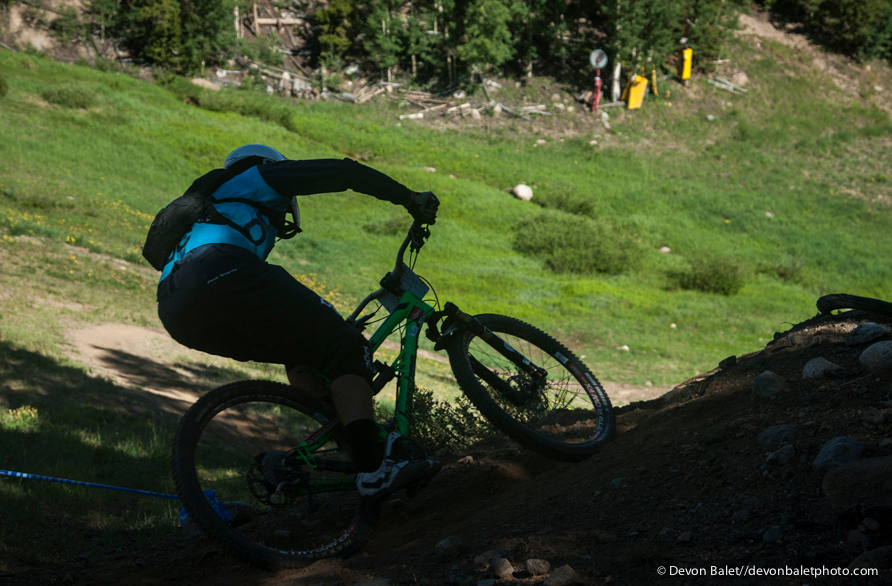 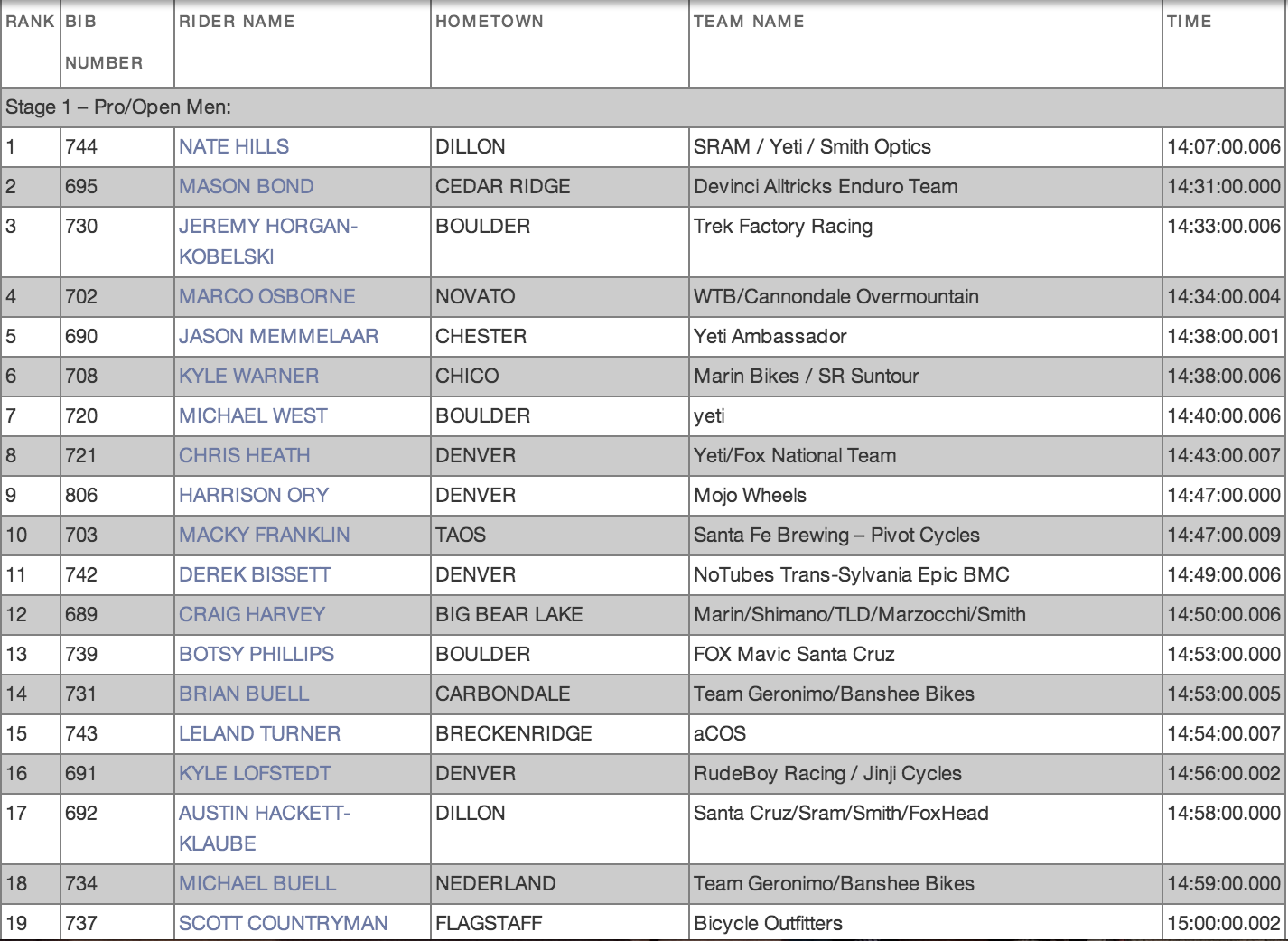 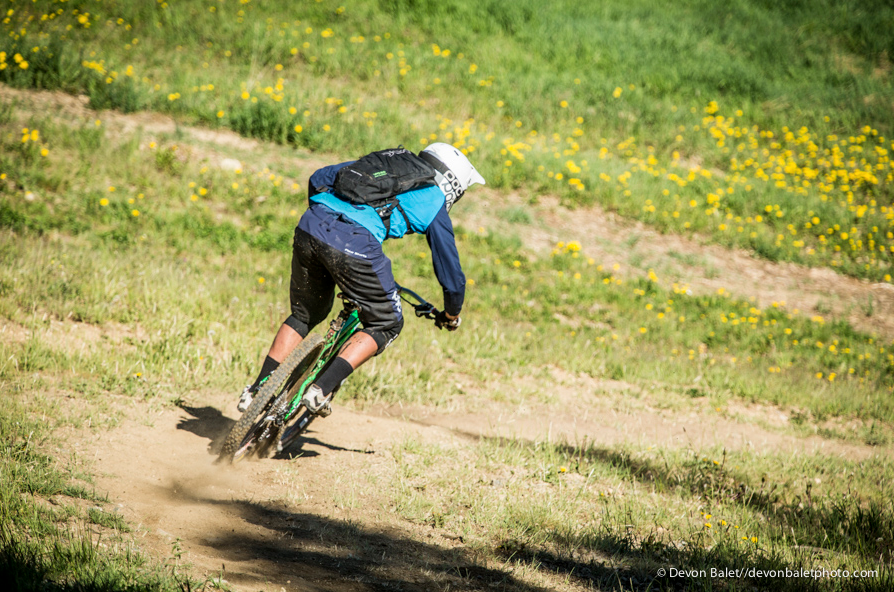 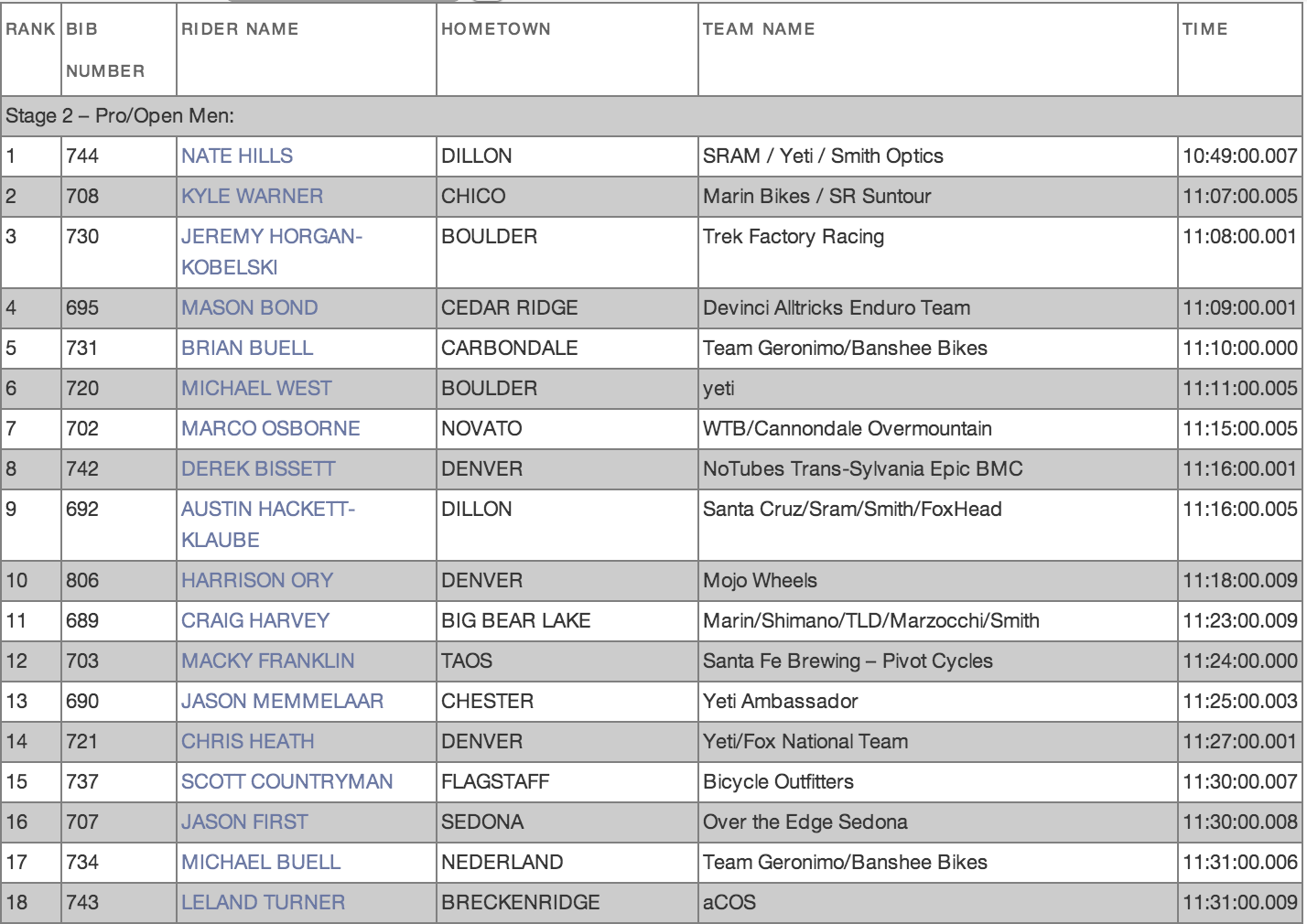 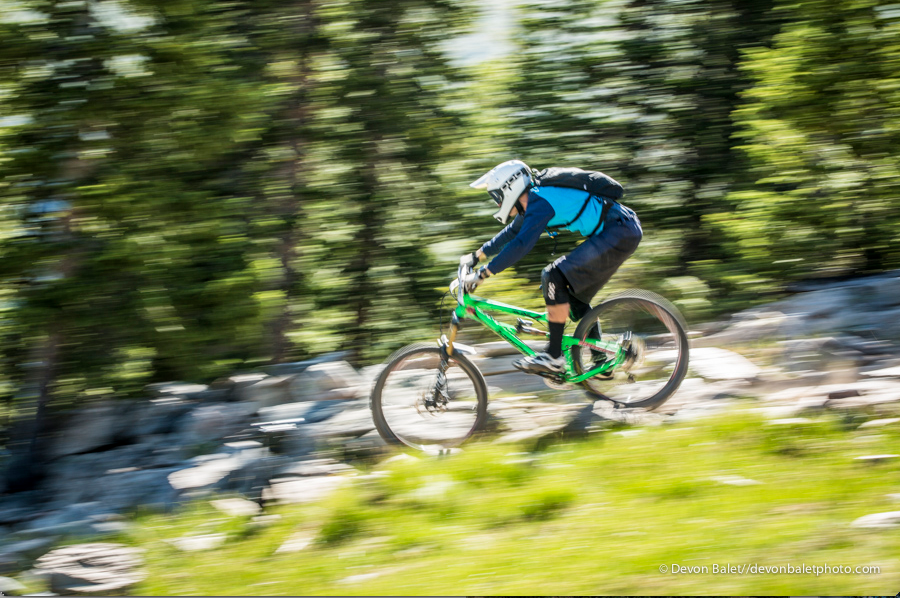 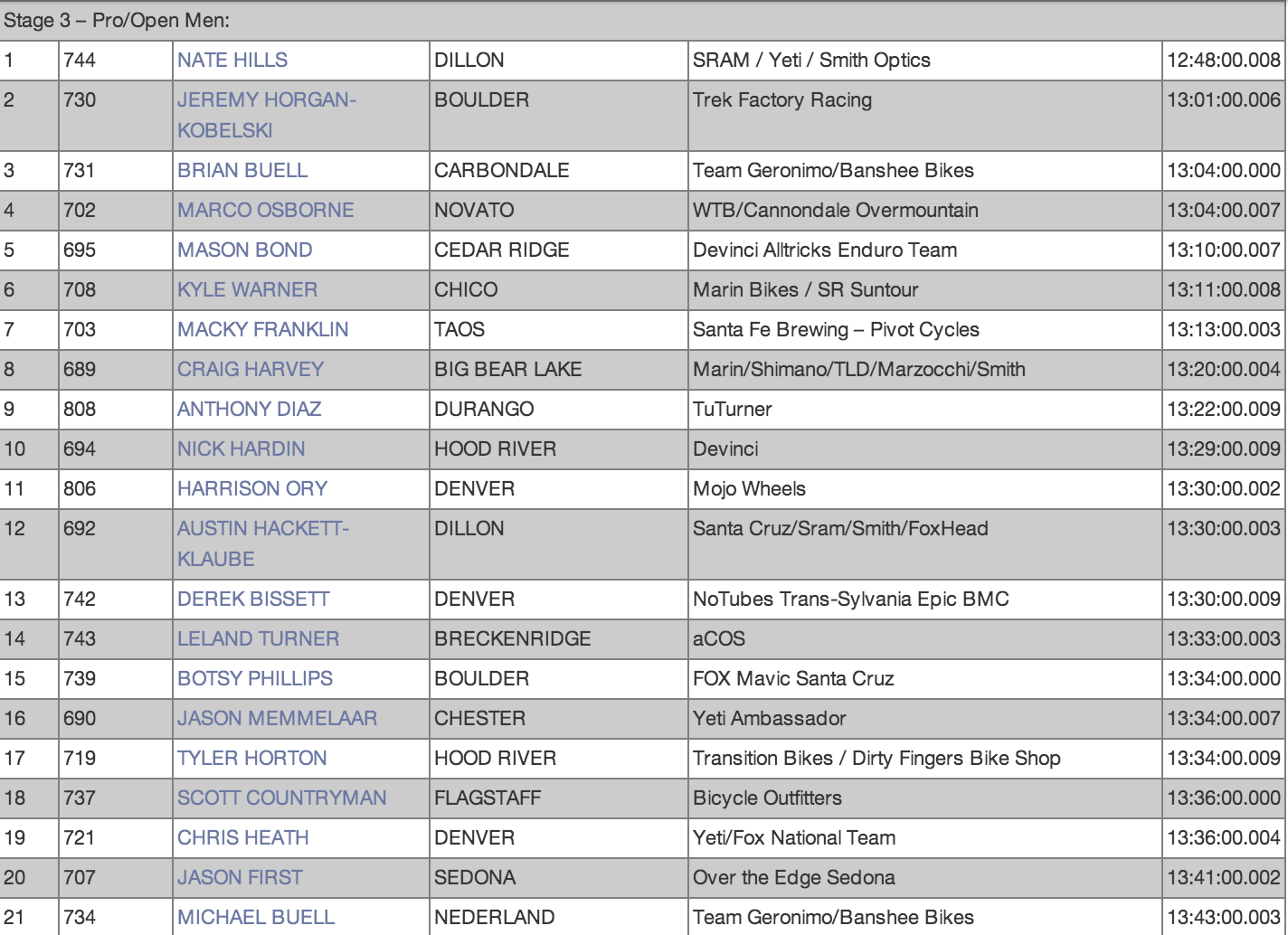 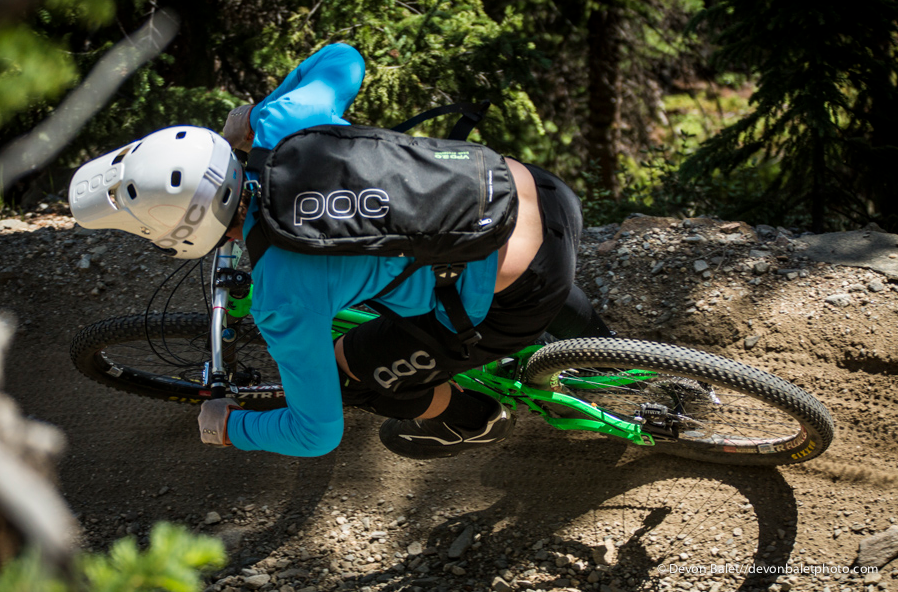 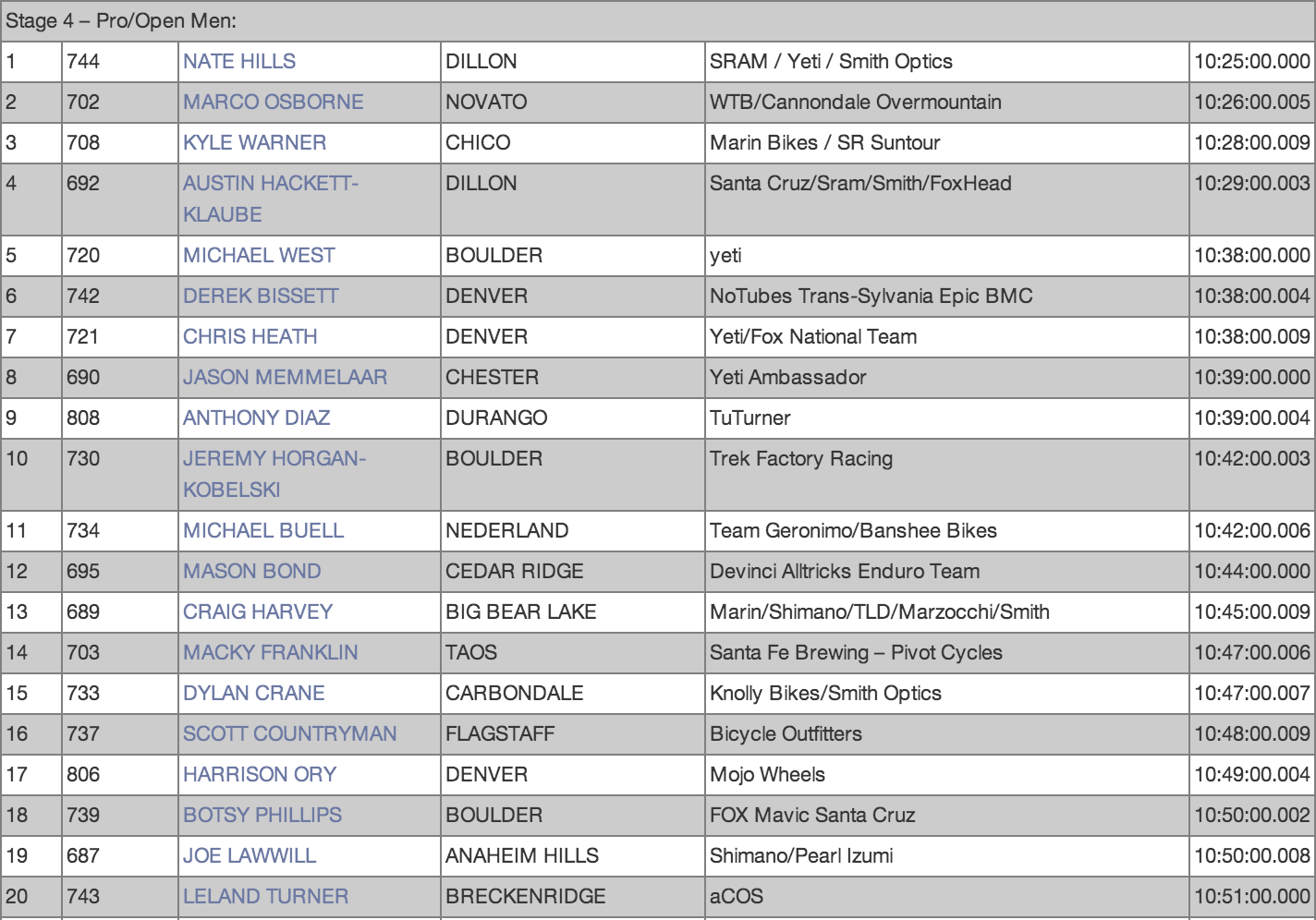 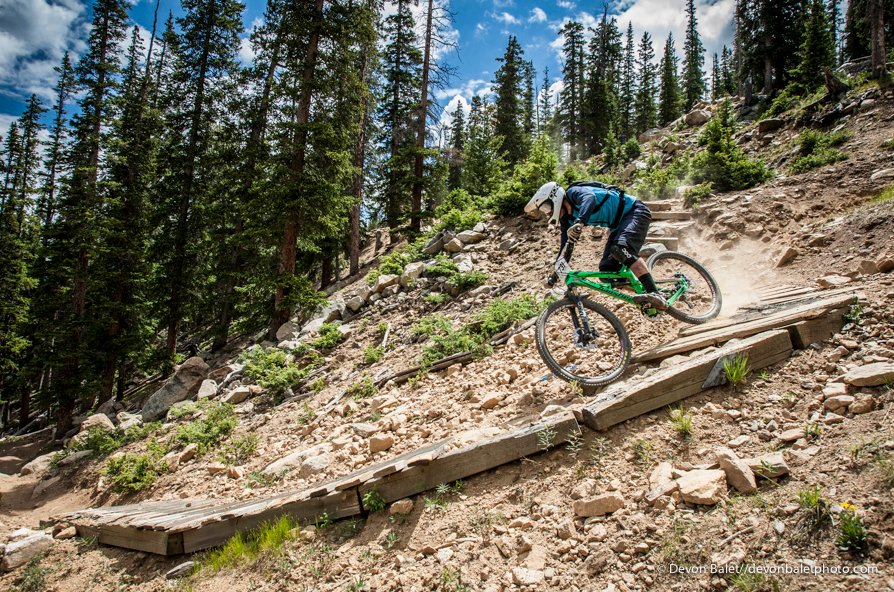 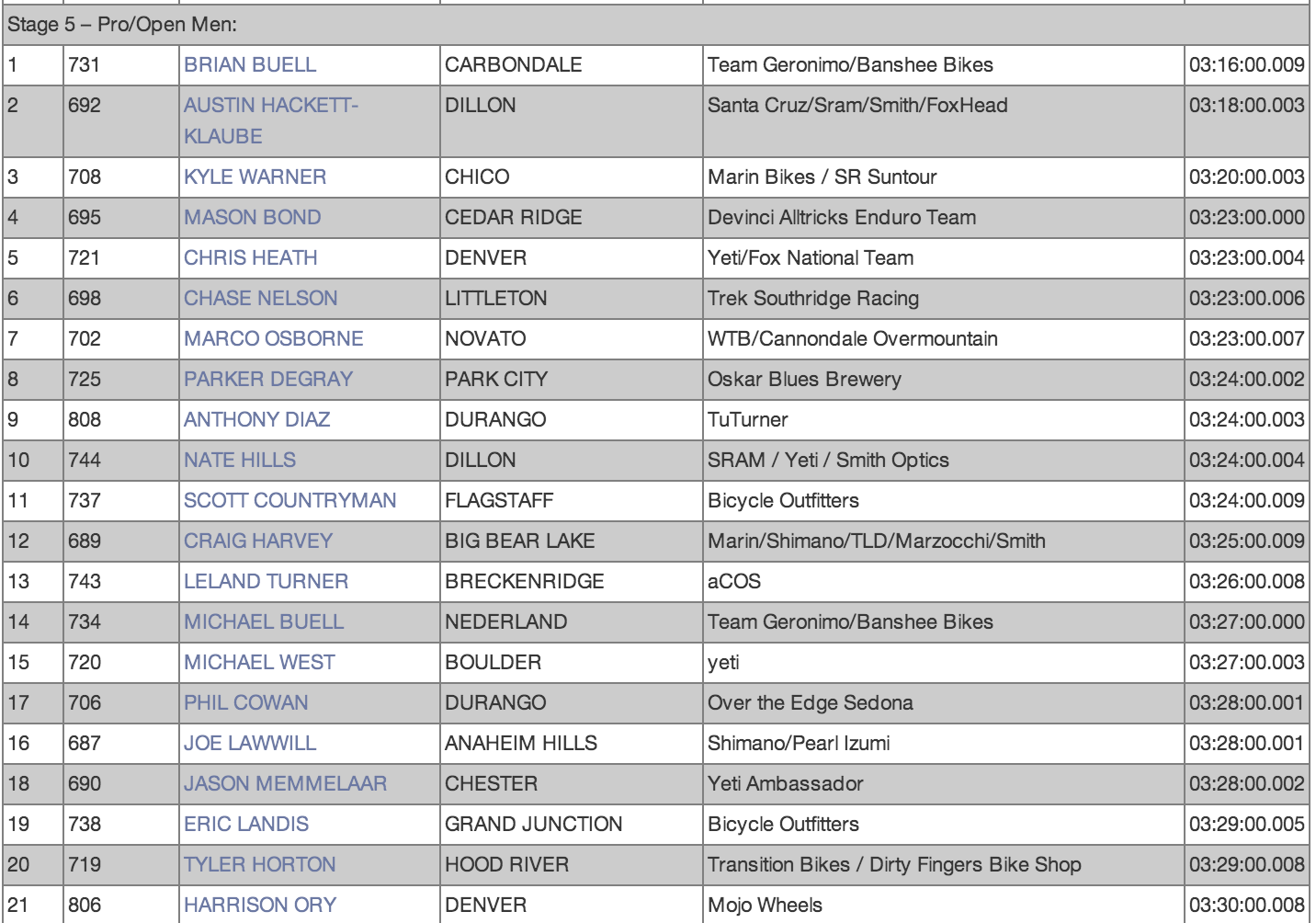 Fallowing Keystone we took part in the Trestle Gravity Series race as part of a tuneup for the upcoming EWS race. 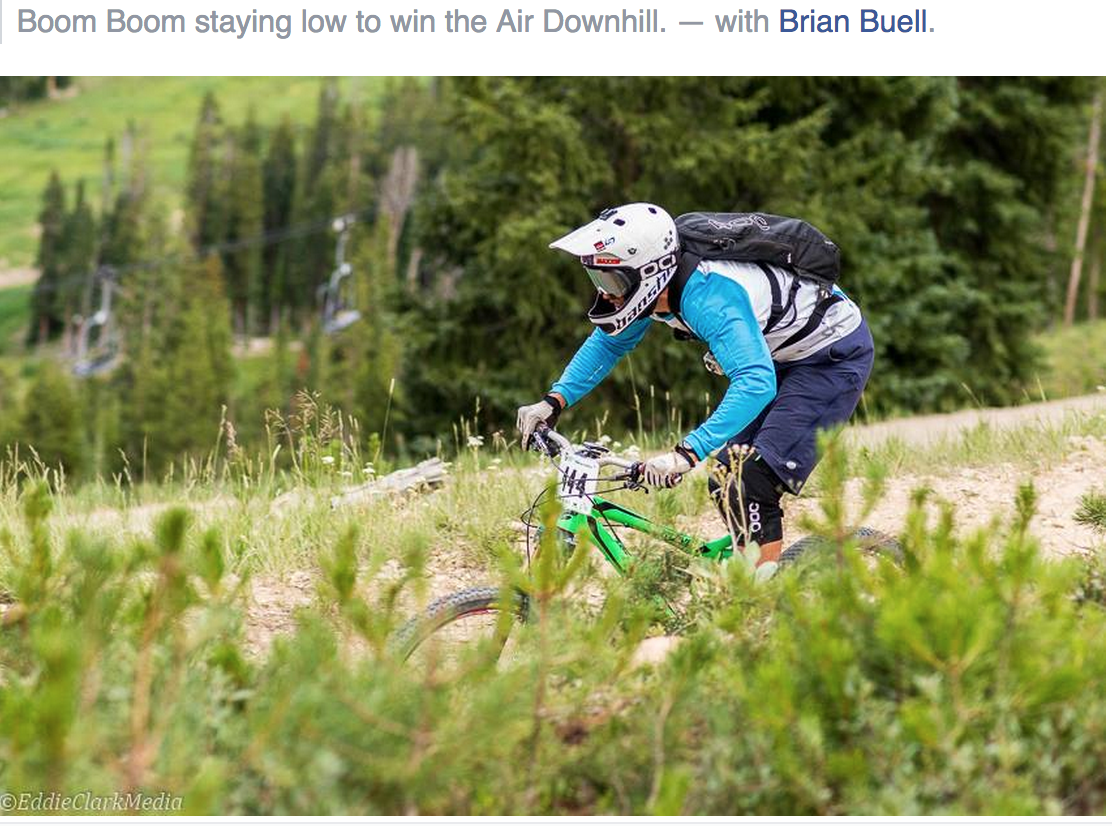 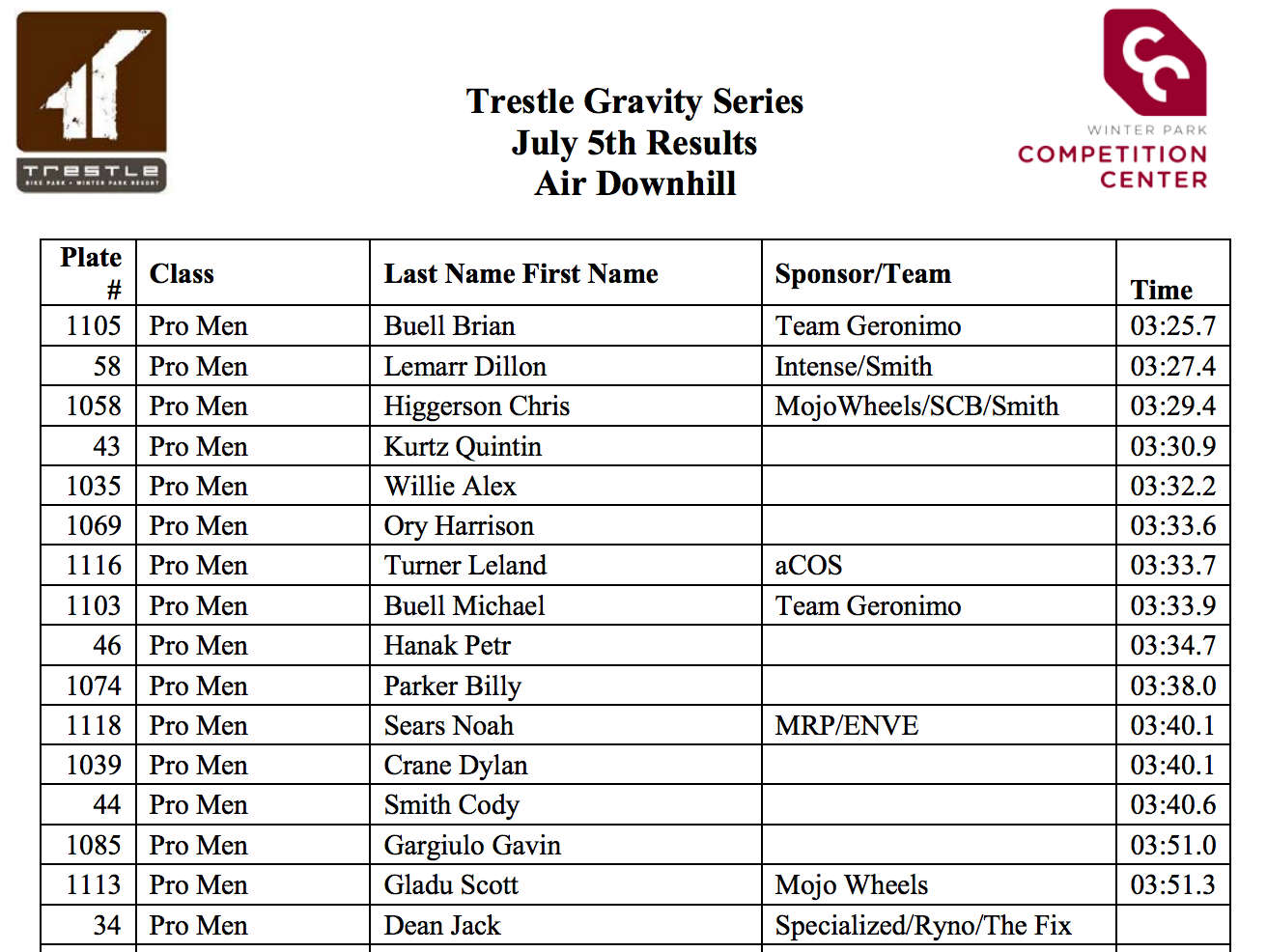 Lowlights: mechanical in the DH.

WINTER PARK
The EWS came to Colorado and once again Brian started the weekend out with a bang with a 6th place finish on stage 1. 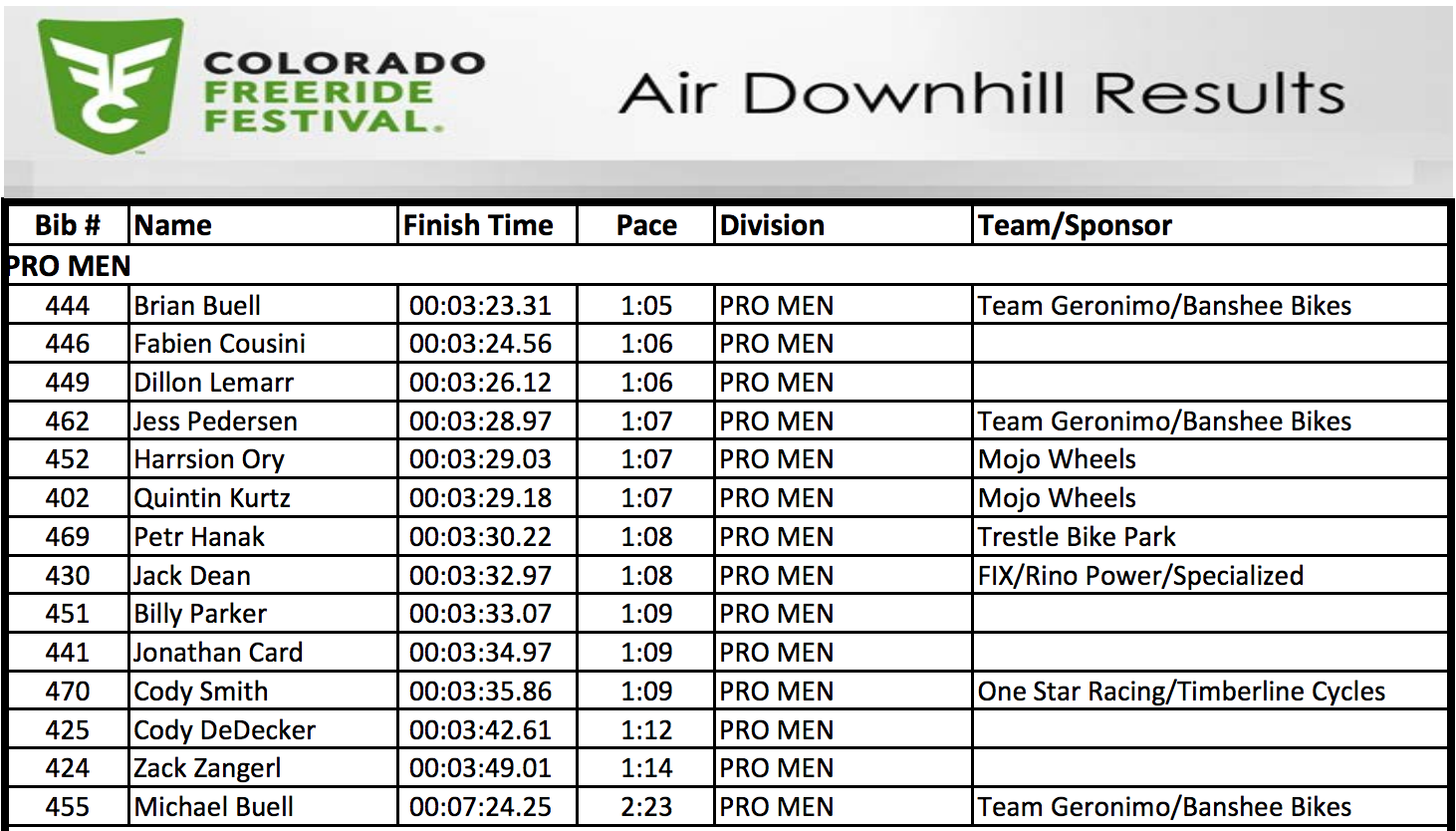 WHISTLER
A long haul fallowed up to a magical place called Whistler for another round of EWS competition. This race was the most brutally physical one day event in EWS history.

Whistler Highlights: consistent finishes, amazing trails and a full day on the bike.

It was a month and a half full of racing a competition. As some looked forward to further competition, I set my sights on matrimony and a fall season full of exploring new territory. 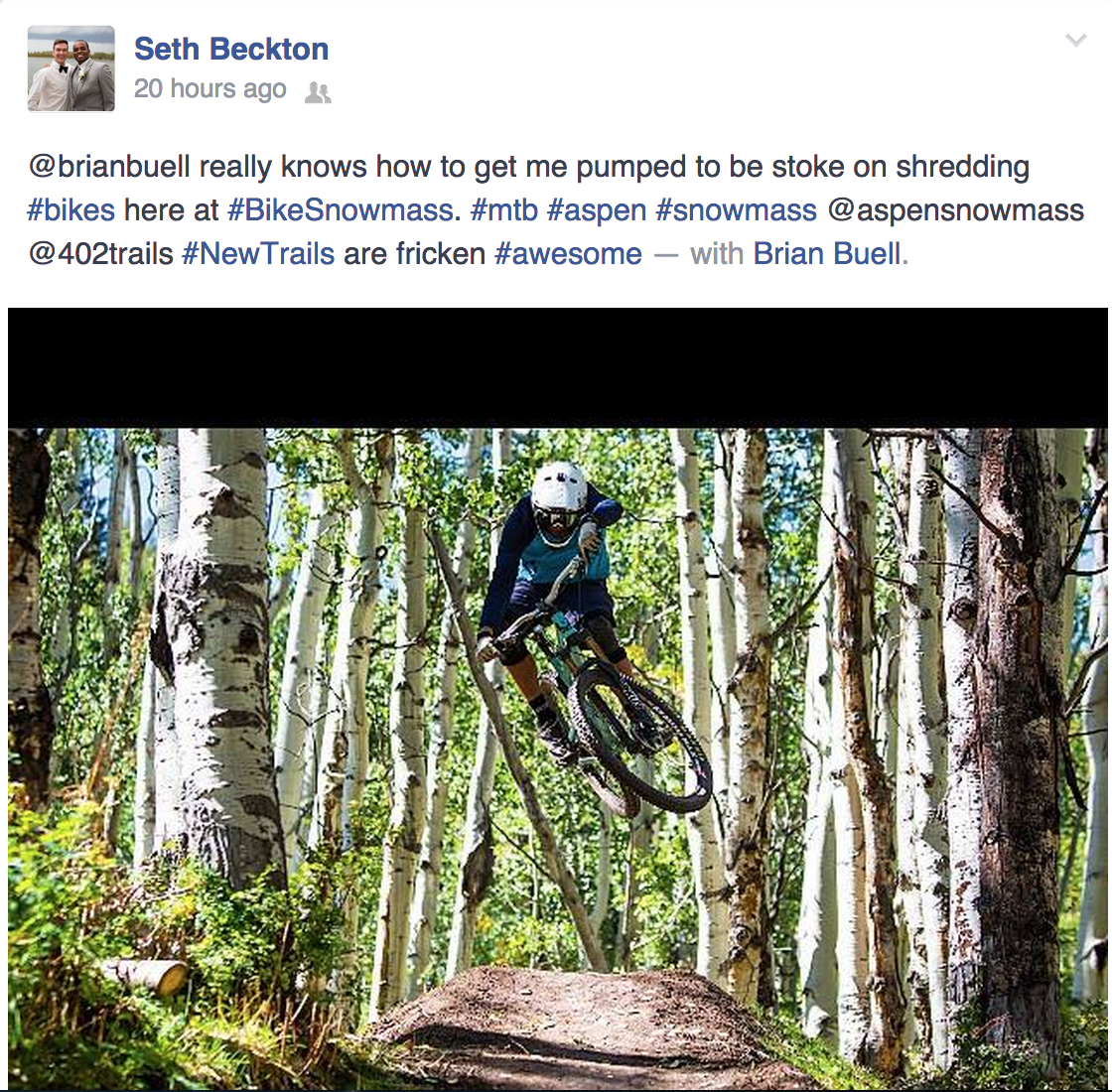 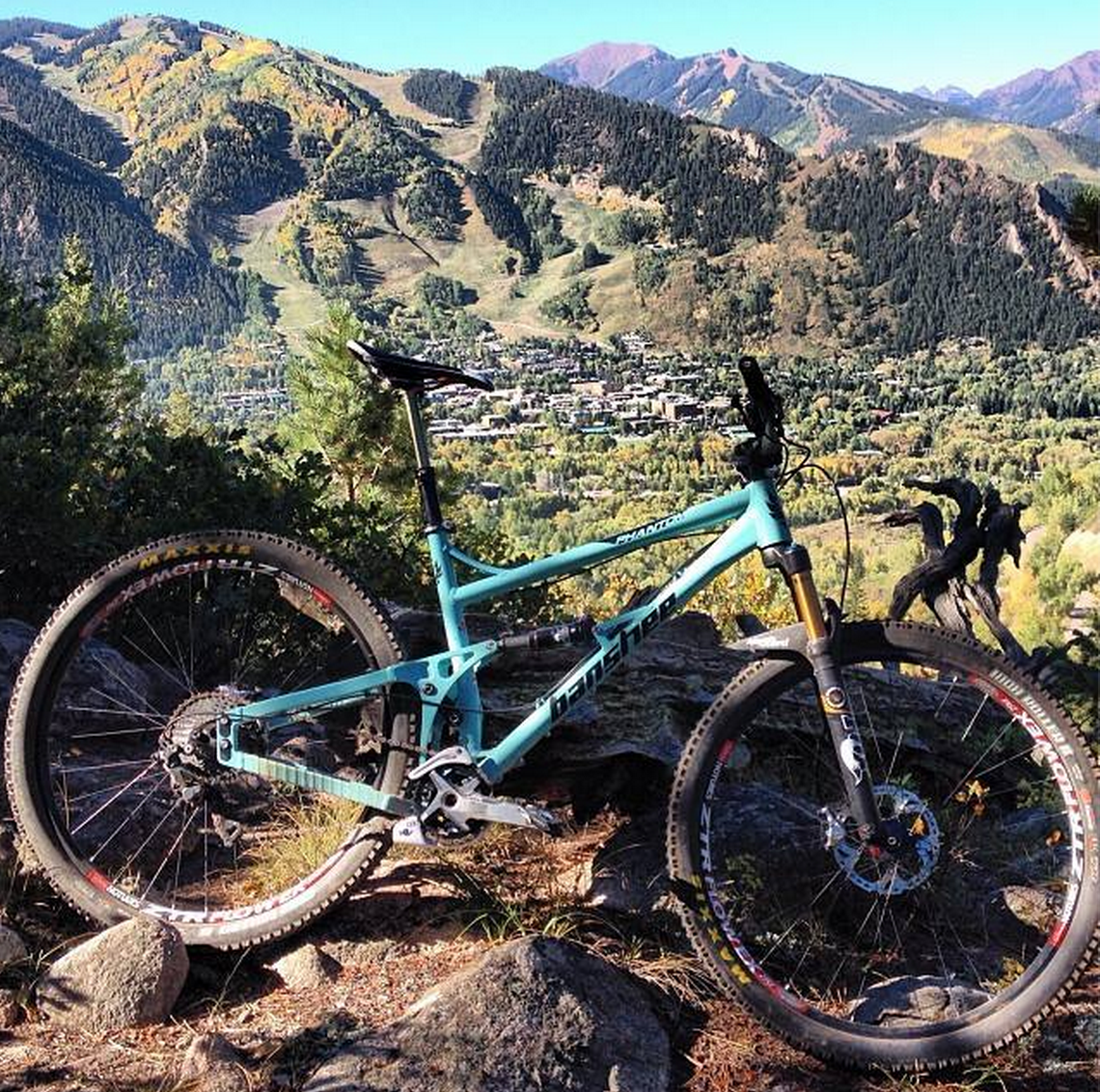 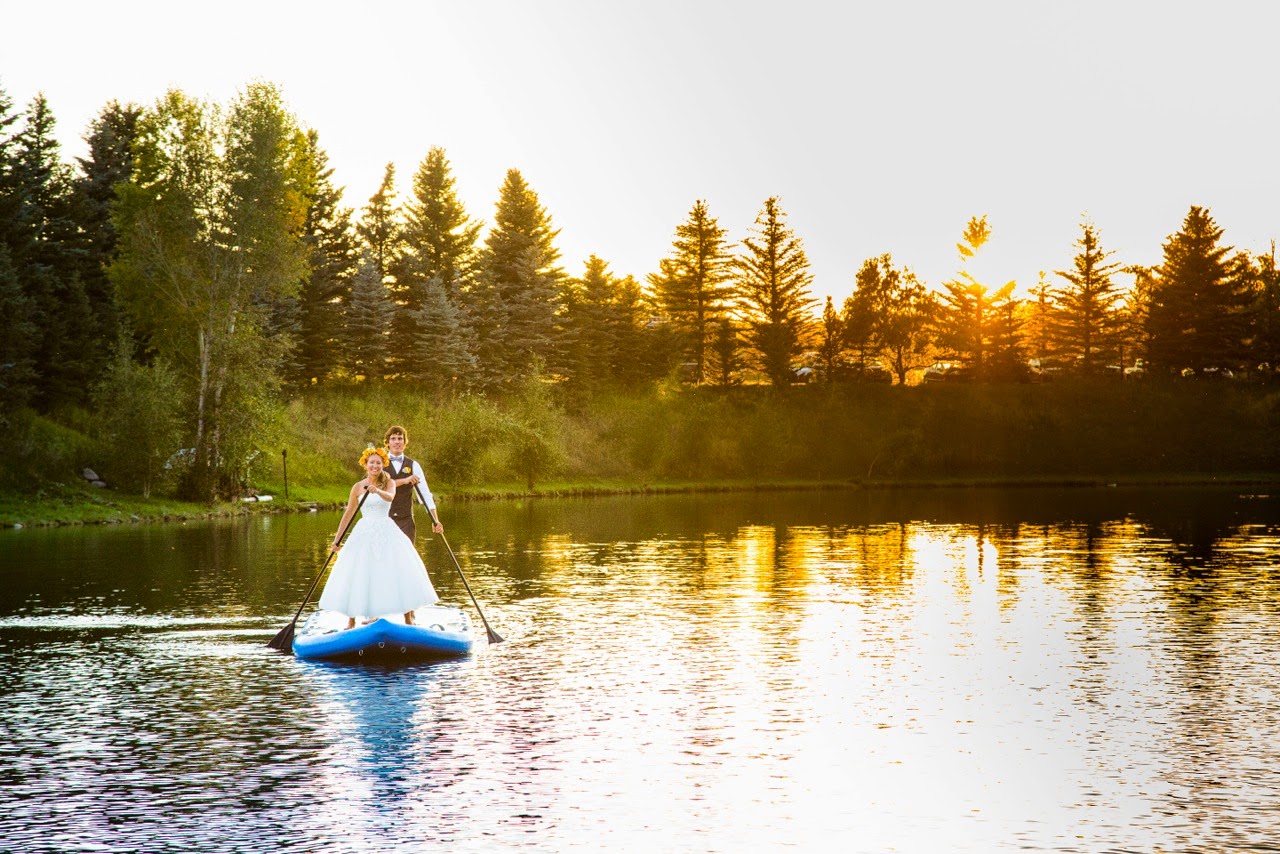 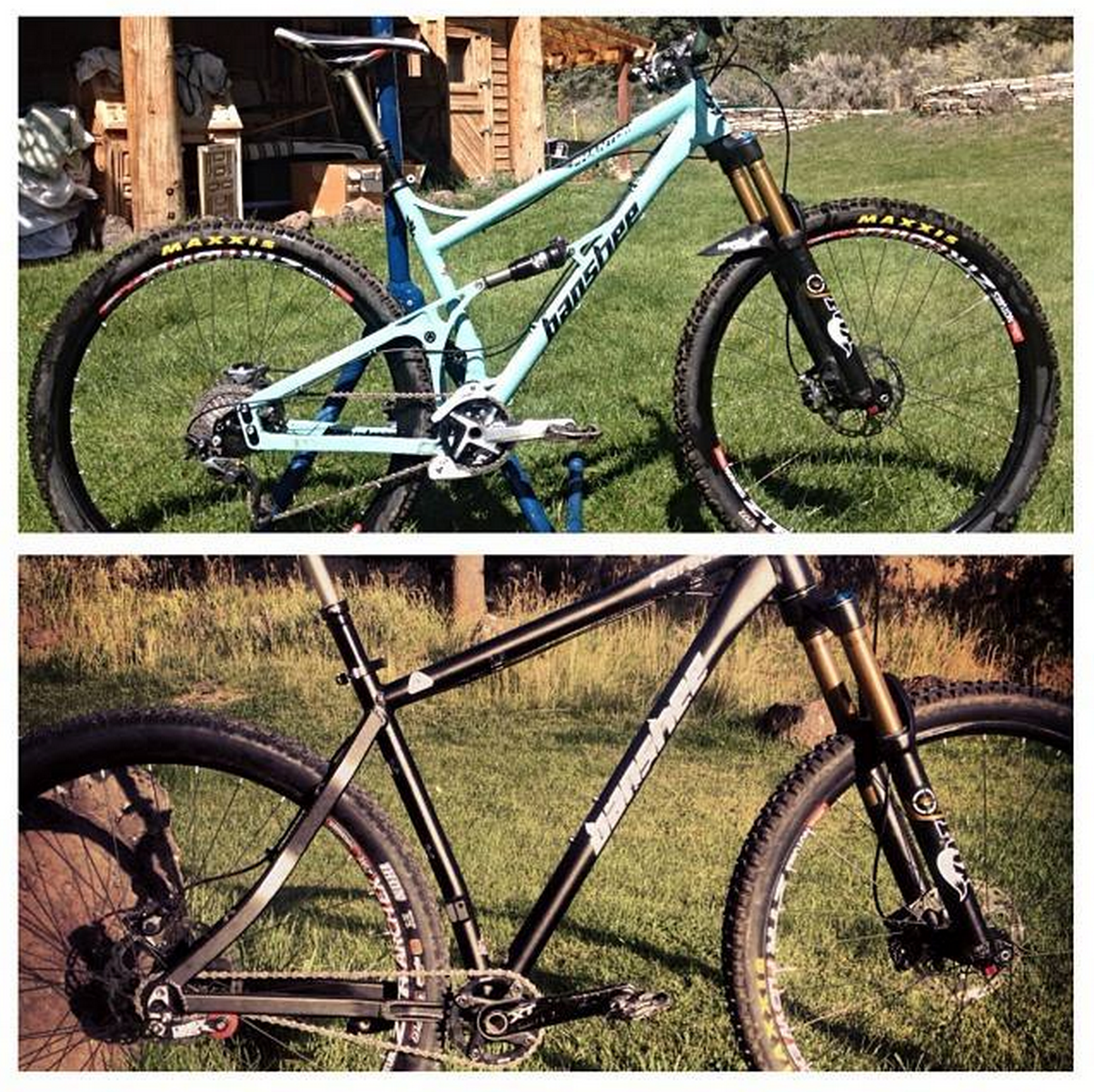 Once again, thank you to all of our supporters(YOU!!!) 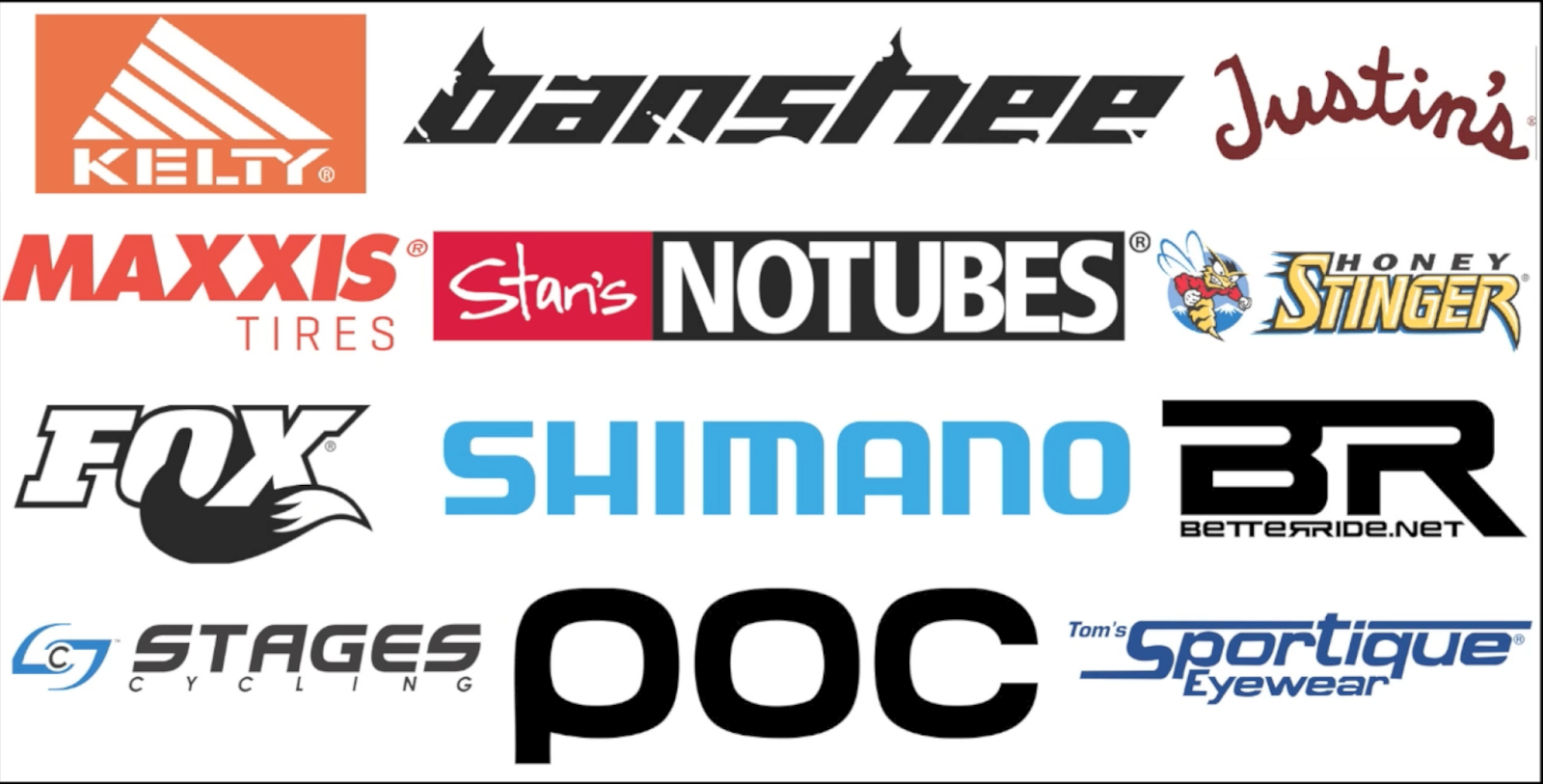 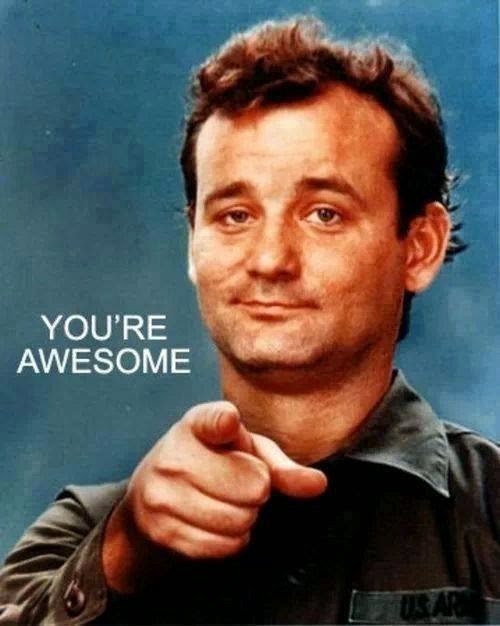 Since the 2013 season came to a close we all went our own separate ways and went about winter by going on a honeymoon to Portugal, congrats Michael.
Started a new business and made the move to Utah fallowing the best snow on earth as Jess did.

Lear continues to expand upon his wedding photography business by going international, Bali huh, nice!
I spent mine volunteering with Aspen Valley Ski Club, working X Games and enjoying some of the best snow on record.
The Juniors continue to impress by competing at Freestyle Nationals, earning multi-sport letters and all are straight A students to boot.
#notbad Everybody…now lets go ride some bikes! 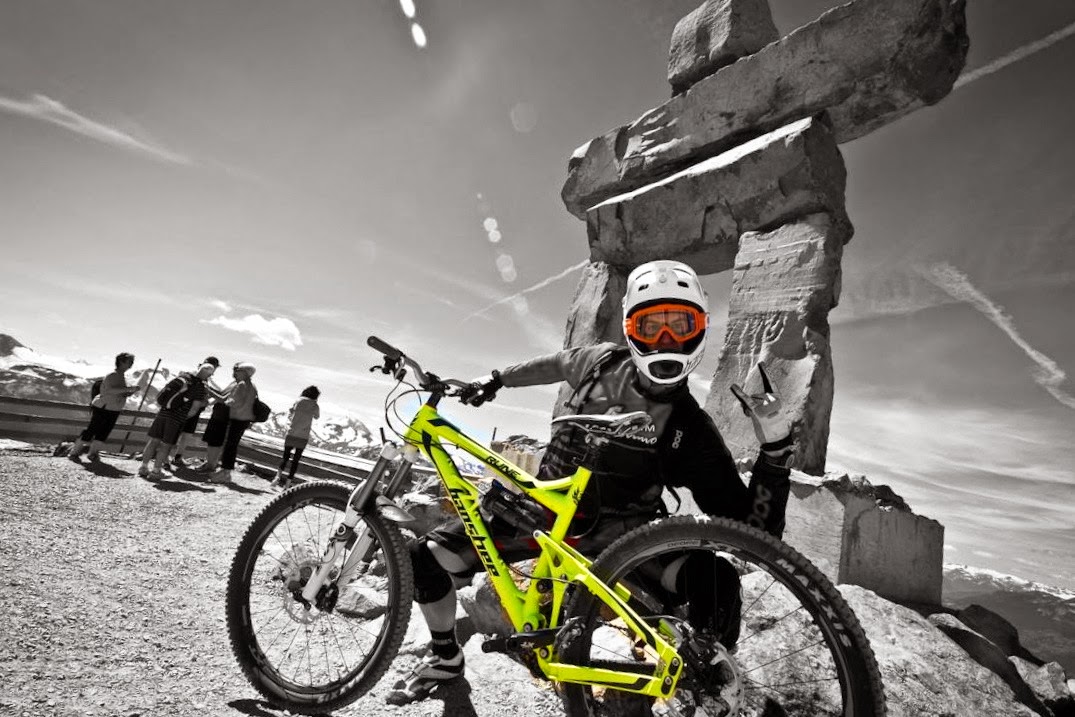 Not a lot went down during the month of May, on our schedule at least. Everyone went about with their training and I knocked myself silly skiing Mt Sopris…that's all I can remember…
Finally, for the first time in my career it took until June for a race to roll around. As a team we are sticking to the Rocky Mountain Region, and apparently all race promoters took the safe route and made sure to schedule after the snow melt.
June 6-7 saw the 1st round of the newly formed Central States Cup Downhill Series in Pajarito, NM. Juniors Roy Benge and Tyler Spence made the journey and both stood on the box in 1st and 2nd respectively. Goodonya boys. Here is a quote from Tyler regarding the weekend:

"CSC did a great job for the first race of the series. They had a few mistakes but it was expected. The timer was setup at the bottom and the wind blew the tape into it multiple times cause times to off. The venue was a small ski area with a slow three person lift and a restaurant. The Saturday was summer jam/kickoff and that attracted a lot more attention to the race. The course was a steep loose and a lot of corners which all were blown out. I was part of a crew that walker the course Friday night and fixed up the corners. The course involved a lot of skidding and good brakes.
My race run was solid I hit all my lines but didn't seem to push it as hard as I could because I broke my hand a week or so ago and on the rough course my hand cramped up so in the pedaling sections I had to take time to work out a little bit of the cramps in my hand. I threw in some style on the final two jumps and finished without crashing but not as tired as I might have normally been. I was surprised about the large turnout for the first race of the series. The parking lot was filled with campers as well as the campsites. Overall I had a lot of fun at this race and was excited with my second place finish behind my teammate Roy."
Pajarito Results: http://www.nmmtb.org/2014PPDHResults.htm

June 21-22 was the 1st round of the Big Mountain Enduro/NAET took place close to home in Snowmass, CO. It was an insanely physical weekend, by day 2 the legs were shot from the 4 pedal heavy stages. Fortunately stage 6 had a little of everything and stage 7 capped off the weekend nicely with a purely gravity run down the classic DH course.
Stage 1 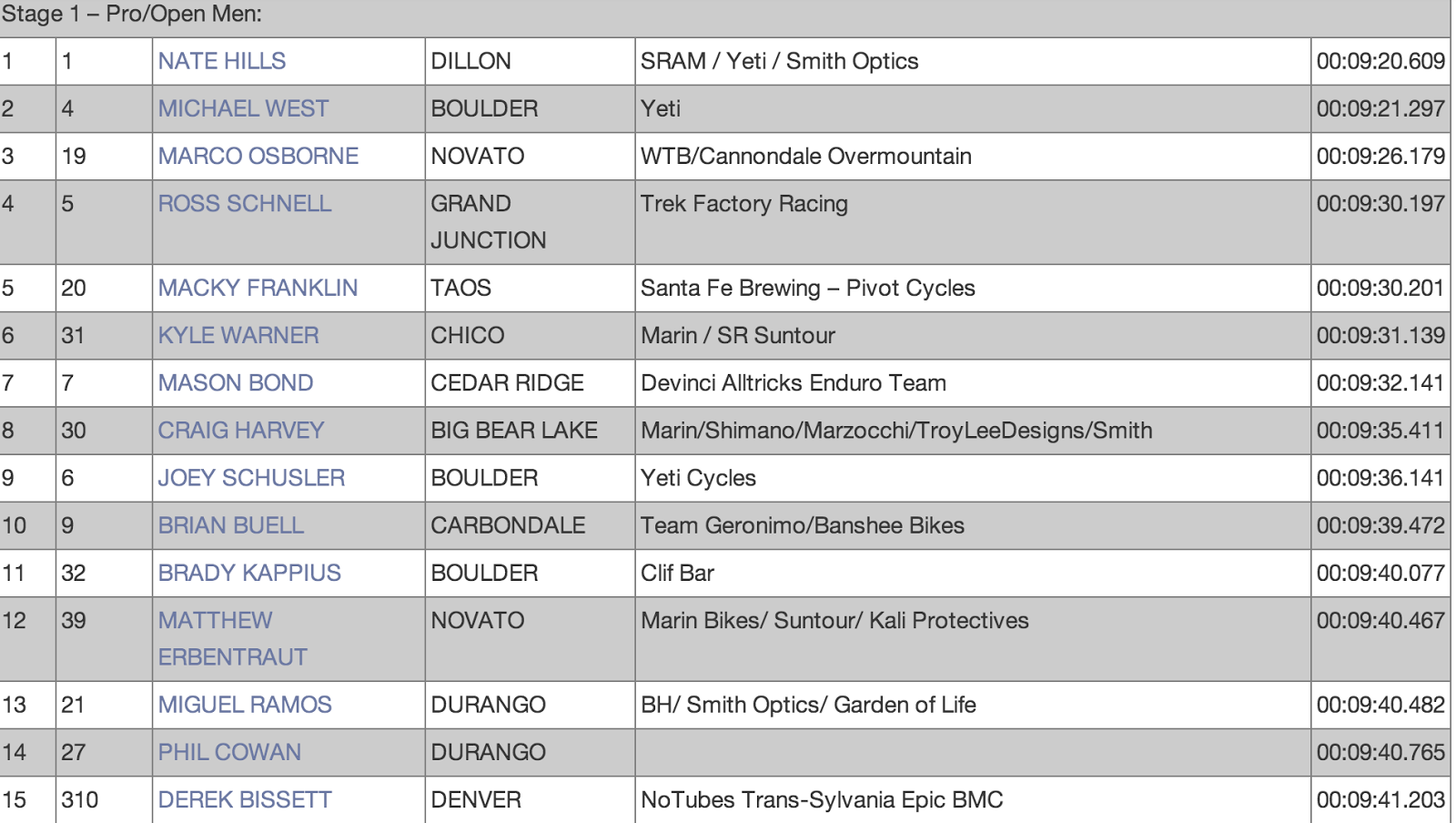 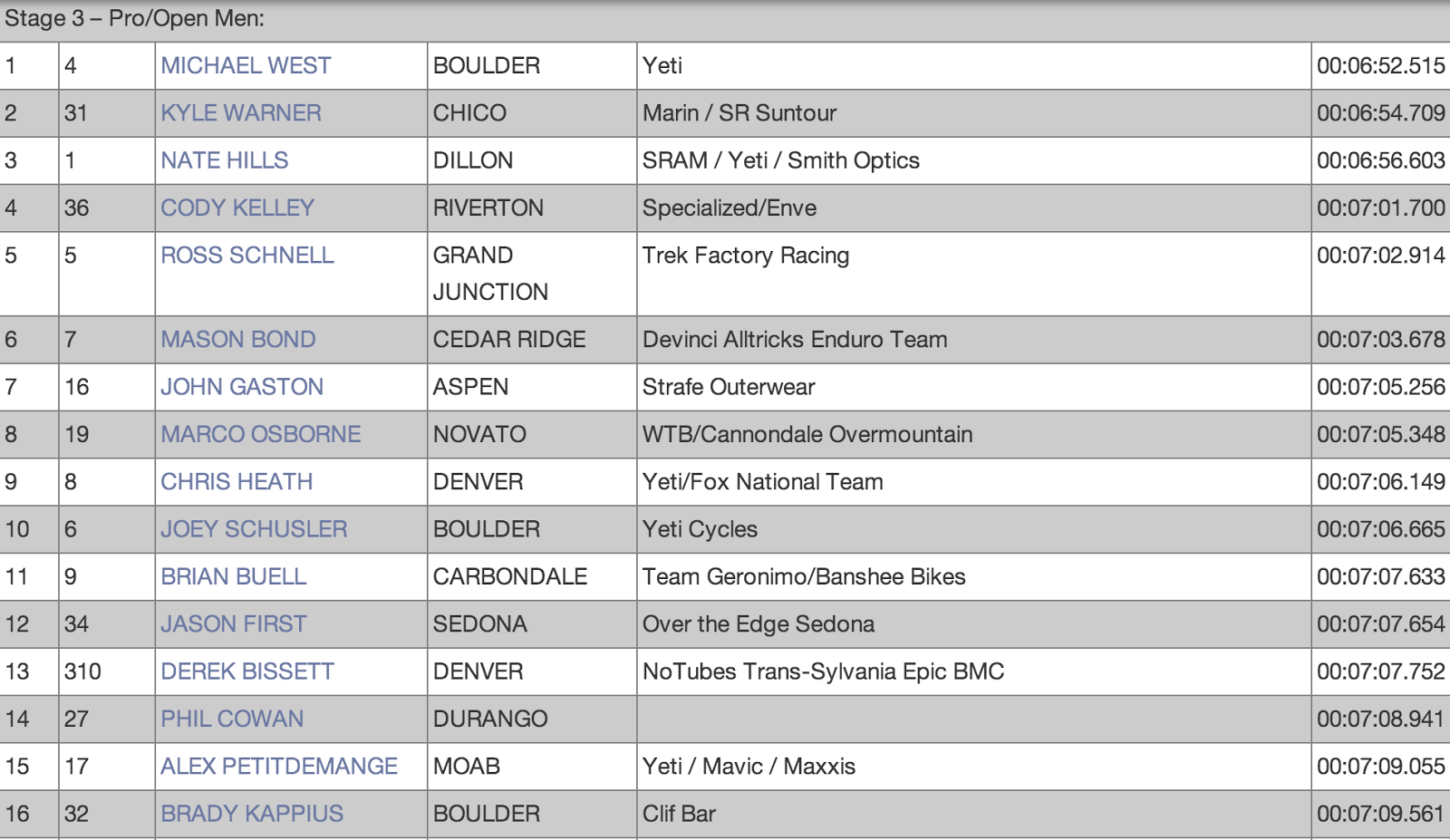 Michael was on injury reserve with a leg hematoma, that'll learn him to not tussle with trees and to cut down his wide bars. Jess managed to break away from his budding business and ran all the courses blind to a 30th place. Junior Dylan Gressett had an up and down weekend but finished on a high note by routing his competition on stage 7. He ran around top 5 all week but due to a DNF in stage 6 he wasn't awarded an overall placing. I managed to run a clean weekend, put the clips on and peddled hard to an overall 8th place finish. I was extremely pleased to take two top 5 stage finishes including dominant stage 7 win.

In conjunction to the BME, the DH National Championships was held in Angel Fire, NM. Tanner and Roy represented well racing to a 12th and 8th place on a very rough track. Tyler had his sights set on the top step in the 15-16 cat, however finished 4th with some mistakes. 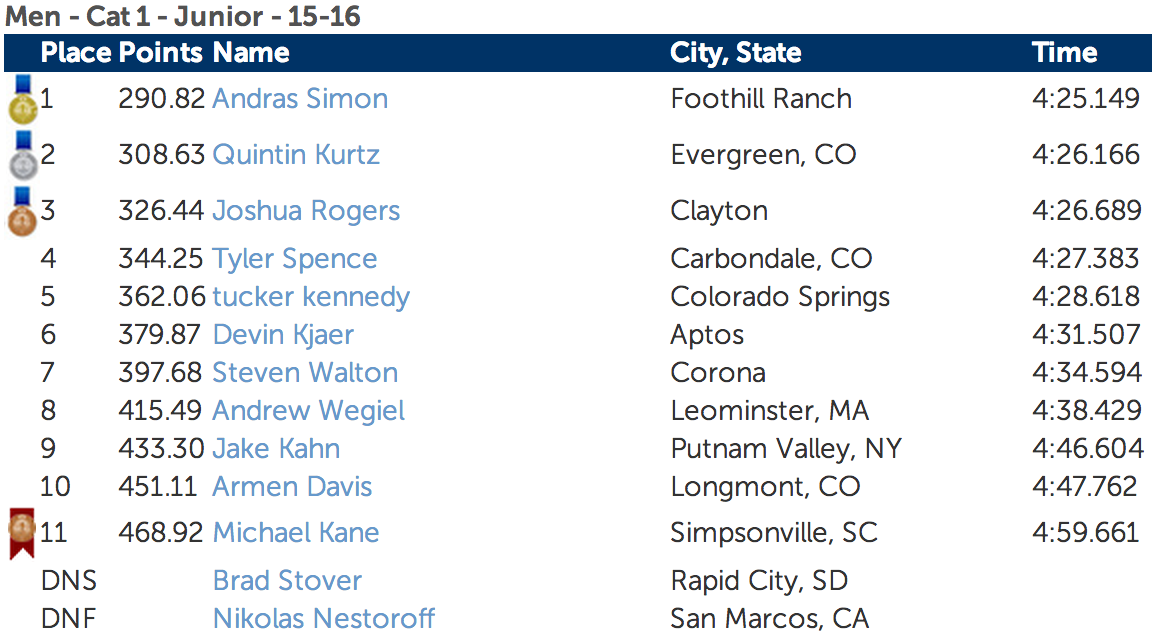 June 28-29 was the 2nd round of the BME, in Durango, CO. Amazing riding high in the San Juan Mountains in southern Colorado. 60+ miles over the weekend with a big day 1 starting atop Kennebec Pass on the Colorado trail. The long ride up is justified by an amazing ride down stage 1. Stage 2 saw some intensely long flat peddle bits that sucked the soul out of the weak. I was excited about stage 3 which ran down Durango's progressive trail, Snake Charmer. Stage 4 was another lung burner back into town, peddle peddle.
Stage 1 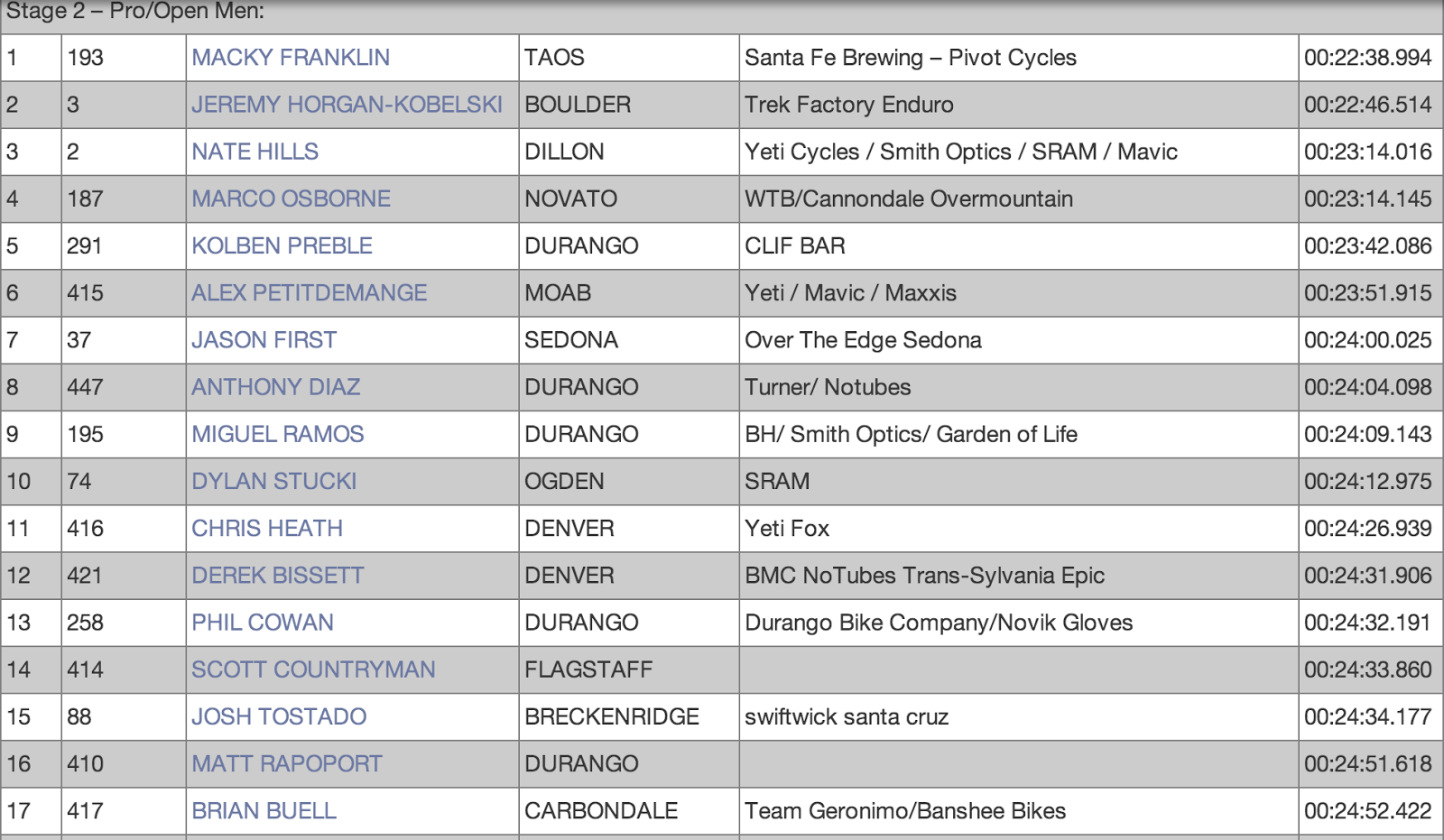 Michael's leg was in good enough shape to give it a go, so he utilized this weekend to get some serious miles under his belt and crushed it to a 25th place. Jess has called Durango his home a time or two and enjoyed his weekend while securing a tidy 15th place. I felt a little off pace all weekend and slid just outside the top ten in 11th overall.
Overall

Constructive criticism time…I believe riding bikes to be one of the best things known to man and racing em makes it awesome! The Big Mountain Enduro crew do an amazing job with everything they do, the logistical nightmare they have to work with that is the forest service, permits etc. The course layouts are predominately XC oriented and it shows in the overall results. The events are held on some of the most amazing trails Colorado has to offer which will continue to draw many like myself to compete. These events however I believe will not develop successful EWS competitors as the events outside the USA are Apples to Oranges. I'm super stoked on the new disciplines success in the region as it appeals to a large demographic and allows for many to enter the race realm comfortably. I'm still drawn to gravity oriented racing and will turn my attention gravity Enduro/DH events the remainder of the season in preparation to later EWS races.

June 29th was also the 2nd round of the Central States Cup in Crested Butte. With a new track in a classic setting juniors Roy, and Tyler all gave it a go on their Legends. The track was dusty and blown out by race day, it included a fair bit of peddling as well. Tyler made a go of it but went down in the final. Roy said he had a few loose moments but kept it steady for a 4th place.

Looking forward to racing the this coming weekend's Trestle Race Series at Winter Park where there will be an Air DH and DH. This will also be excellent practice for the EWS with less than a month's time until the worlds best come to town.

Again, thank you all for your continued support of Team Geronimo!!! 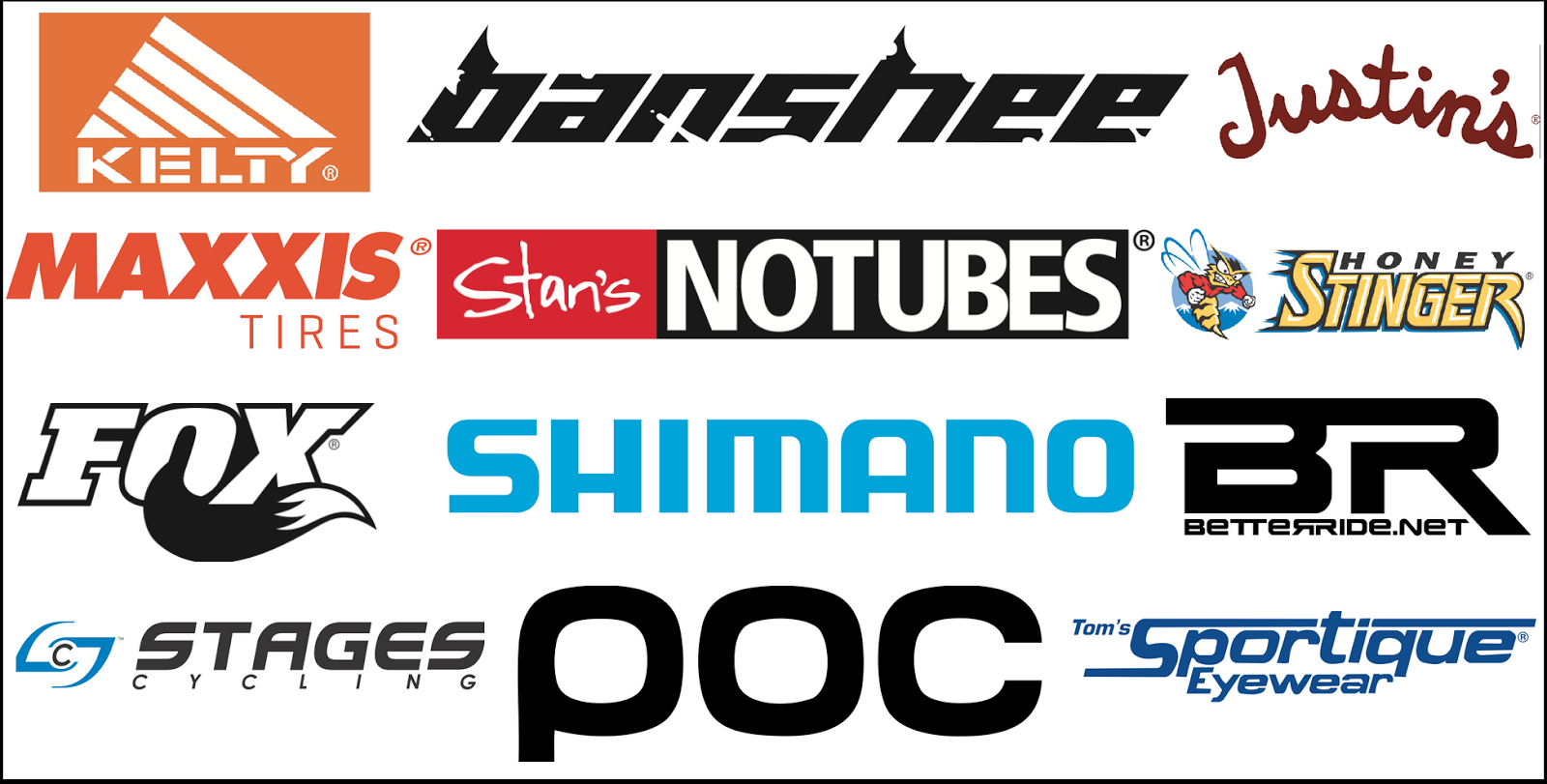